The world’s natural resources are consumed at an ever-increased rate. What are the dangers of this situation? What should we do?

Due to the increasing demand for natural resources in many industry areas. The over-consumption of natural resources has been the most important topic of concern recently. Natural resources are being gobbled up faster than what people can do to replenish them. The danger of this situation is that the increasingly high level of natural resources exploitation could cause a negative impact on people’s living standards. Although we take too much from nature, make it into stuff we use, then we dispose of it carelessly into the atmosphere, the ocean, and the land. Those actions can cause the increase of greenhouse gases, exhaust fumes, … that lead to air pollution, as well as water contamination. As a result, it will cause serious negative influences on people’s health, many people will die because of domestic air pollution and ambiance. According to the latest report of the United Nations Food and Agriculture Organization (FAO) in 2017, there was about 33% of the world’s soils were moderate to highly degraded. If this rate continues to be the same, agricultural commodity prices will inevitably soar. At that time, people might face a shortage of fossil fuels such as gas, oil, coal that could lower people’s living standards as well as hinder production activities in many different fields. If we want to reverse this situation to protect our environment from being destroyed day by day, we should take action as soon as possible. There are some solutions that can be used here: The government should encourage the local citizens and firms to switch to renewable energy such as thermal power,  wind power, …. Conserve natural capital: restore degraded ecosystems and their services. Halt the loss of priority habitats. Significantly expand the global network of protected areas. Improve production system: Significantly reduce the objects, materials, and resources used in the development of human life and the volume waste in production systems. Promote the production of renewable energy. Consume/ take more responsibilities: Promote lifestyles that leave a smaller environmental footprint. Promote healthy consumption patterns.

Several nations take the lead in this issue such as the Netherlands using wind to produce power. And in Sweden, the government has to import trash from other countries for regeneration. As a result, this country has become the cleanest country in the world.

In conclusion, the overconsumption of natural resources is a difficult problem that the government and individuals should join hands to resolve.

Global warming is one of the biggest threats to our environment: What causes global warming? What solutions are there to this problem? 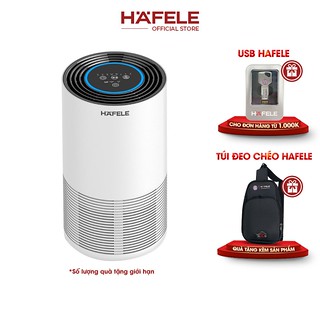 Over the past 50 years, the average global temperature has increased at the fastest rate compared with the history recorded. Global warming has become a serious issue that takes its heavy toll on human life and the environment. Global warming occurs when carbon dioxide (CO2) and other air pollutants and greenhouse gases collect in the atmosphere absorb sunlight and solar radiation that have bounced off the earth’s surface. Normally, this radiation would escape into space, but these pollutants, which can last for years to centuries in the atmosphere, trap the heat and cause the planet to get hotter. That is called the greenhouse effect. This phenomenon occurs as a result of massive industrial production because most of the factories around the world require a huge amount of power for their production process. In the light of discharging an escalating huge amount of carbon gases and fumes into the atmosphere during the operation process, as well as the speedy industrialization process, the volume of emissions from manufacture has been increasing at an alarming rate that made the process of global warming accelerating.

Global warming could be decelerated with efforts made by individuals and the authorities. For the nations, to help make the deal happen, an international organization dedicated to helping poor countries adopt cleaner energy technology. Under terms of the Paris agreement, participating nations will meet every five years, starting in 2020, to revise their plan for cutting CO2 emissions. Beginning in 2023, they will also have to publicly report their process. For individuals, people have to reduce carbon footprint by considering when buying new appliances like refrigerators, washers, dryers, and look for environmentally friendly products. When looking for transport vehicles, every person should try to reduce emissions by taking public transportation or carpooling when possible. The government could encourage local firms by cutting down the tax rates for the products with green certificates. Moreover, awareness-raising campaigns should be organized to educate the students and their parents in choosing products for their families. An accumulation of small contributions from individuals could bring about a long-term impact on our globe.

Eventually, global warming is the consequence of the ever-increasing emission of greenhouse gases. This issue could be mitigated if governments and individuals join hands to reduce the carbon footprint in the environment.